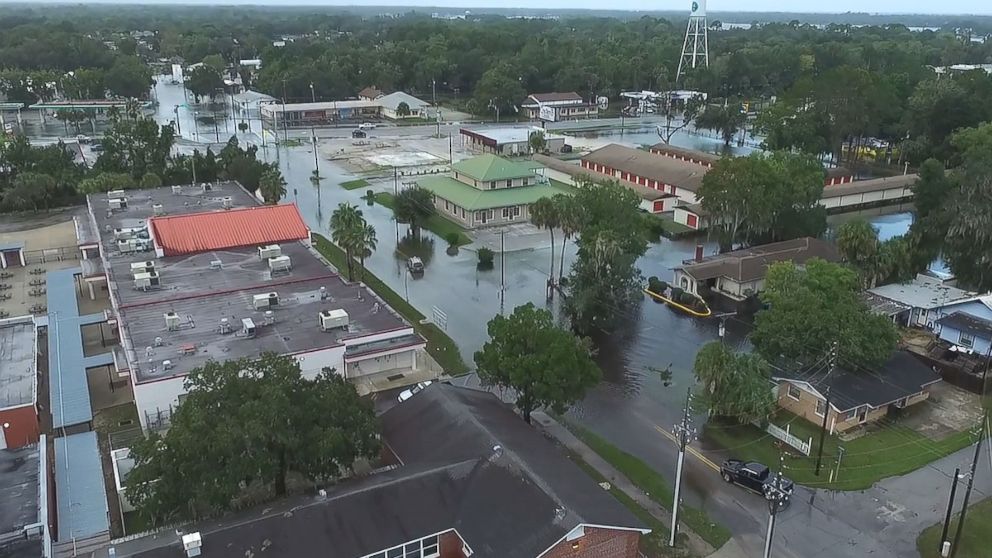 Do you remember Hermine?

If we lived by the phrase “What are the chances?” then there would never be a need for insurance. Unfortunately, things do happen – like hurricanes. Do you remember Hermine? The sights and stories I have seen and heard were unreal.  Unfortunately, the media didn’t seem to cover it too much, but this was in our own back yard.

Parts of Crystal River were 3 feet under water. 2,694 structures sustained damage, of which 531 suffered major damage in Citrus County. Total losses in the county reached $102 million. Most of this damage was due to flooding. Hermine was not a strong hurricane – only a Category 1. But the storm surge and rainfall were enormous. In Cedar Key, Hermine produced 5.8 Ft. of storm surge. Sea water literally washed across the entire island. In Dixie County, the surge ranged from 8-9 feet. In Yankeetown (Levy County) over 40 homes and business were demolished by coastal flooding. And on top of this, Hermine dropped an earth shattering 23 inches of rain in less than 72 hours.And if you think it was an anomaly, the same thing happened in 1993 from the “No-Name Storm”.  Some called that storm “The Storm of the Century”. Storm surges were measured up to 12 feet along the Florida Gulf Coast. 40 inches of rain was dropped over Citrus County in only 4 days. Over 18,000 homes in Florida were damaged – many, not by wind, but flooding.

It is estimated that a little north of 1 in 4 Floridians live in a moderate to high risk flood zone. Those numbers almost double as you get closer to the coast. Many didn’t believe they were even in a flood zone before Hermine, because they lived east of 19. Some still disagree, even though the new flood zone maps show that they are.Regardless, if you agree or not, flooding does happen in Citrus County, and up and down the Nature Coast. Flood insurance will help cover the cost of repairs, and to pay to put you in new housing as repairs are done on your home. And the best part is, prices have come down, a lot, as new companies have entered the Flood Insurance market to create more competition. If you haven’t looked in a while, take a second look to see how affordable I can be, you might be surprised.